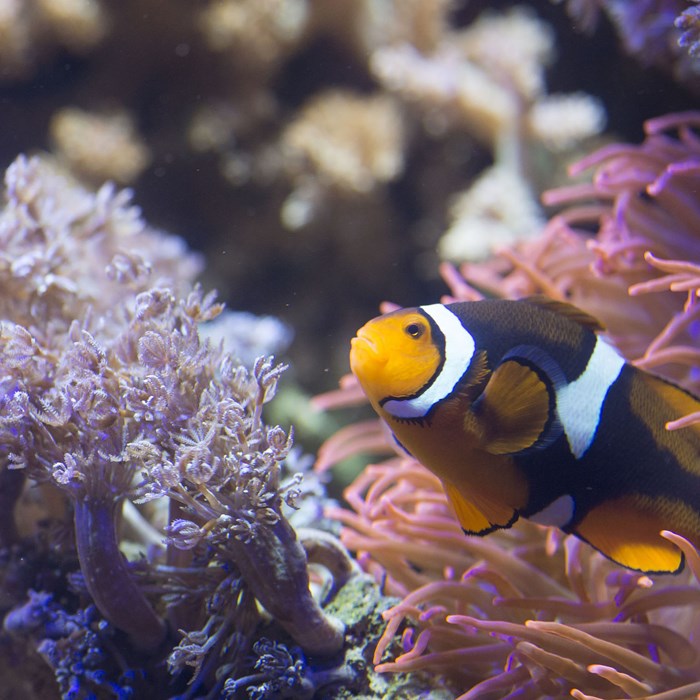 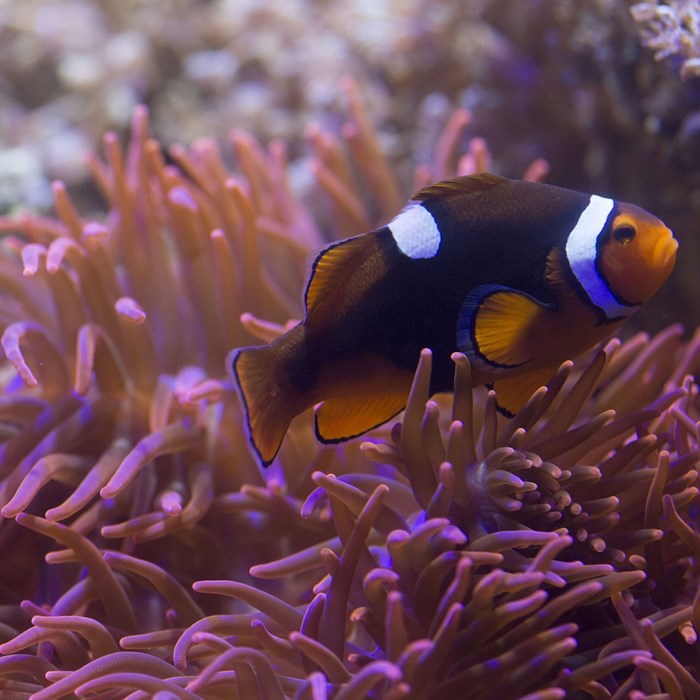 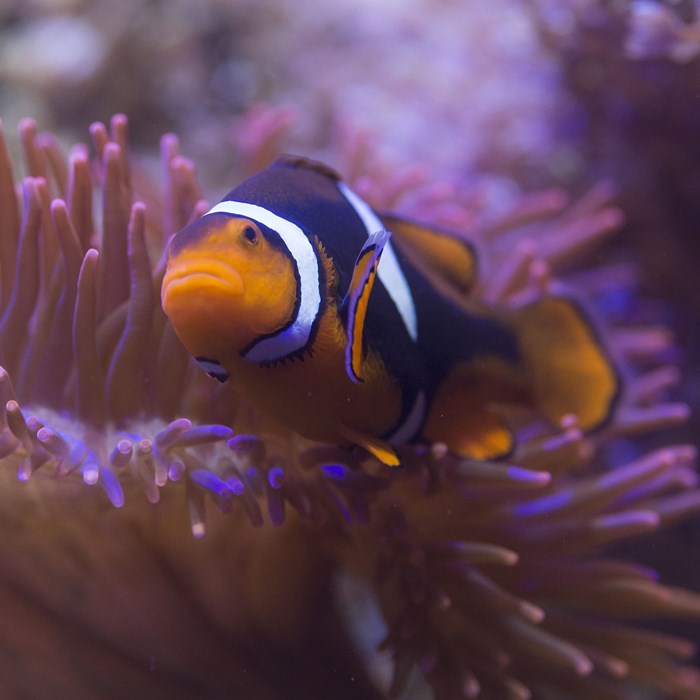 Clownfish belong to the group of anemone fish: All anemone fish are born male. The dominant, largest animal in an anemone is always the only female. If the female dies, the strongest male transforms into a female within a week. In the wild, female clownfish usually lay their eggs during full moon; the larvae hatch after only 6 days.

They even live between poisonous anemones, but are not hurt by them, because they let the anemone tentacles slide over their body until they are immune against the poison. With its anemone, the clownfish lives together in a symbiosis: Even though it lives in the ocean, it is not a good swimmer and therefore never strays far from its anemone, so it is dependent on protection. At the same time it can also protect the anemone by scaring its predators by swimming out when they feed.

But not all anemones enter a symbiosis with anemone fish. Those in which anemonefish live, however, have a very special "personal care service" - the anemone fish removes debris, trash and parasites from the anemone.

It's a man's world

Some clownfish species are born exclusively as males; in each group, one of them will only change sex when the last female (formerly a male) dies.

Clownfish live in family groups consisting of parents and their offspring.

For larger fish, eels and sharks, clownfish are part of the prey.