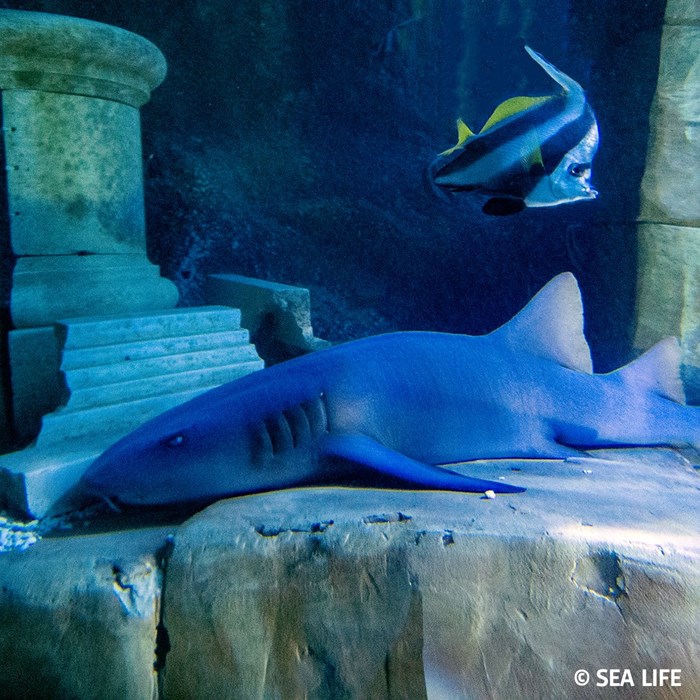 About the Nurse shark

Sharks have lived in our oceans for 450 million years. These animals already made their way through the oceans long before dinosaurs populated the earth! Their brains developed during this long period: they became more intelligent, their senses more pronounced - especially their sense of smell. There are over 440 species of sharks.

Nurse sharks are sluggish and sociable sharks that can be found on rocky or coral reefs and on sandy areas.

They are night active hunters. On the nurse shark's menu are mainly sea urchins, lobsters, crabs, octopus and squid.

Did you already know?