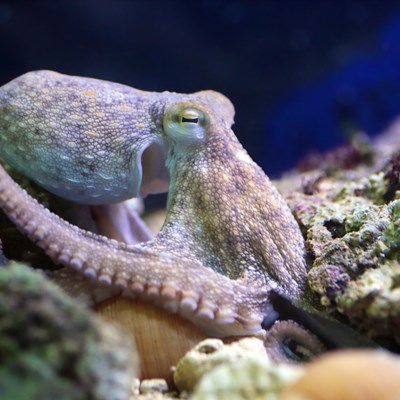 Which creature has three hearts, eight arms and a doughnut shaped brain? You guessed it: it’s the octopus!

Octopus are mollusks, which means they are from the same phylum (or family) as slugs, snails, cuttlefish and squid. They are well known for being very clever. In fact, they are one of the most intelligent invertebrate species (that means animals with no backbone). Generally, octopuses are solitary creatures that hunt at dusk.

The Octopus is one of the most amazing creatures in the sea!