There is always something new to discover in this area.

Anyone who has been to the North Sea has certainly made acquaintance with some crabs. The crustaceans are so species-rich that you can find them all over the world. But why are they called crustaceans? They are named because of their shell made of chitin.

There are over 60,000 different types of crustaceans worldwide. Among them are the small hermit crabs, the cute cleaner shrimps, as well as the Japanese spider crabs, which look scary because of their appearance.

Did you know that crabs are close relatives of insects? They live, with few exceptions, in water. Most species of them live in the sea. It can be said that the crustaceans play the same role there as the insects on land. They are extremely important for the functioning of the ecosystem.

What insects and crustaceans have in common is their physique. They have an outer skeleton and consist of segments, which are limited in front by a head segment and behind by an end segment. They also have their jointed legs in common. They differ in several aspects. They have pairs of antennae, mostly stalked compound eyes, gills and an outer skin consisting of chitin. To be able to grow, crustaceans have to shed their skin.

Many crustaceans live hidden because they have to protect themselves from enemies. Only a few crustaceans, such as the lobster, whose size protects them from attack, can show themselves. But even these are usually careful. They retreat during the day and become active at night. Crustaceans follow many different nutritional strategies. Most large species catch their prey and kill it by stunning, crushing or tearing it apart. Many species are food filter feeders. They create a vortex with their front legs and filter food particles from the water. The food of the different crustaceans is very diverse. It includes everything that is currently available to the crustaceans: It can be mussels, worms, small fish, smaller crabs, plankton deposits, cephalopods, sea urchins, starfish, algae, but also any waste products such as carrion, decayed plant or animal remains. 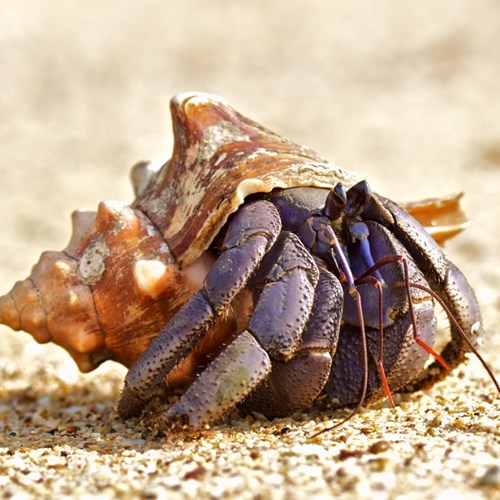 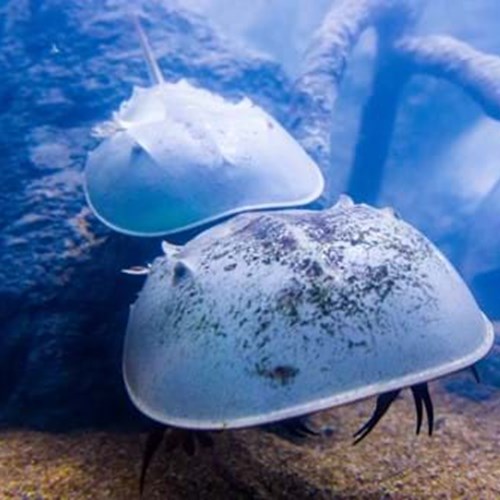