One of our most fascinating inhabitants in SEA LIFE is the octopus. It belongs to the same species as Paul, our famous oracle animal, which had its home in SEA LIFE Oberhausen. The octopus is generally as intelligent as a dog. He is very curious and capable of learning. The octopus often camouflages its hiding place with stones and shells and adapts it to its environment. Since its blue-green blood is very thick, three hearts beat in its small body. The eight tentacles have suction cups with which it can hold on to the ground or its prey. 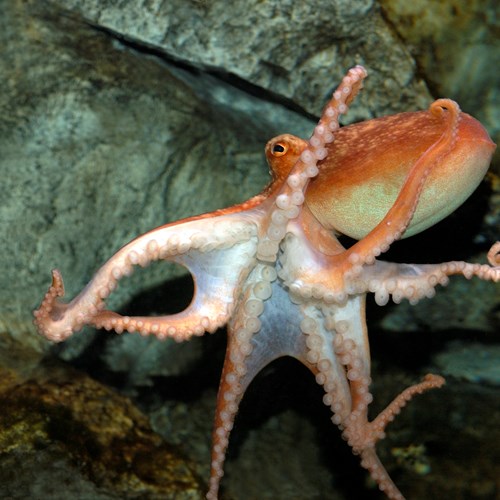