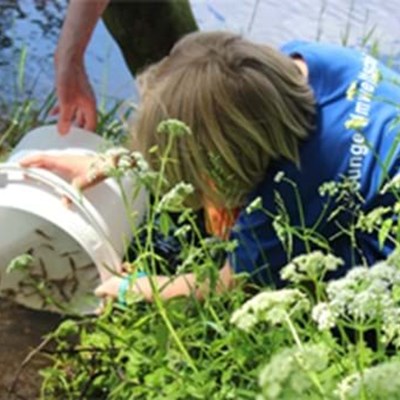 The protection of the seas and their inhabitants

AQUADOM & SEA LIFE BERLIN GIVES BACK TO THE NATIVE NATURE WHAT PEOPLE ONCE TOOK FROM IT.

The SEA LIFE® Berlin returns to the native nature, what humans took it once

In the 18th century, we humans almost drove them out of their Brandenburg homeland without realizing it: The minnow!

In order to reintroduce this lost species to its home, the SEA LIFE® Berlin took about 100 minnows from the waters near Perleberg in May 2014, gave them a home in Berlin, bred them and has since returned them to their original home.

With this project, SEA LIFE® Berlin tries to give back to nature what was once taken from her by human hands. The remaining minnows remain for this in the SEA LIFE® Berlin, in order to contribute also in the future to the preservation of species.

Also the AquaDom & SEA LIFE Berlin is committed to inspire children for the protection of the seas and nature. Therefore the project "Young Environmentalists" was brought into being. We enable the children to look behind the scenes and understand why species & environmental protection is so important. They are not only allowed to look over the shoulder of our aquarists, but also to help actively in conservation projects and to be there live, for example when our minnows are released into the wild.

In Germany there is only one native turtle species - the European pond turtle. However, due to changes in nature, the habitat of these reptiles is increasingly endangered. Therefore SEA LIFE together with the NABU (Nature and Biodiversity Conservation Union) campaigns for the animals threatened by extinction, so that they do not disappear from the landscape and the consciousness of humans. Numerous young animals are in the care of the aquariums in order to be released into the wild as quickly as possible. In the wild, the animals can possibly live up to 100 years.