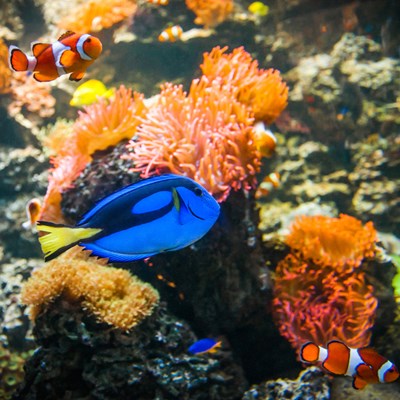 Another big star is the Palette Surgeonfish. It owes its name to its colouring or pattern, which makes it look like an artist's palette.
Surgeonfish have a sharp yellow spike in front of their tail root, which they use for both attack and defence. This thorn is also called "scalpel". The so sweet animals are therefore called surgeonfish.

Surgeonfish are jumpy, so they look for a safe place to sleep at night. This can be for example a nice little hole in the reef into which they squeeze themselves. 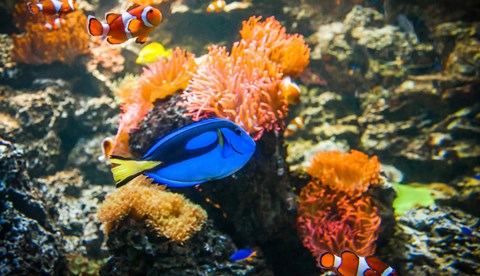 Pallet doctor fish owe their name to their markings, which look like an artist's pallet 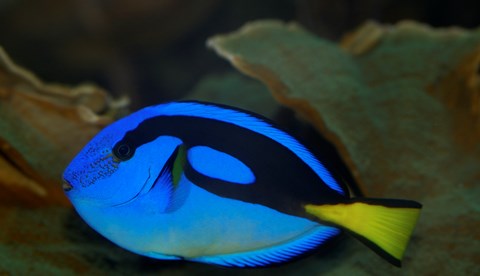 Surgeonfish have sharp teeth on the outside of their lips with which they scrape algae from corals and stones for food. 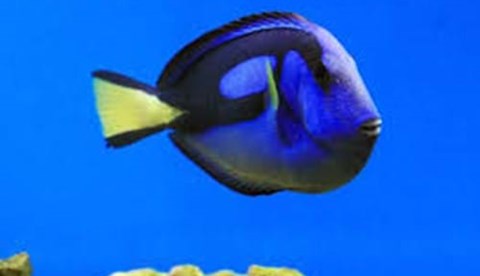 Surgeonfish can defend themselves well, but are very jumpy. Therefore they look for a safe place to sleep at night.