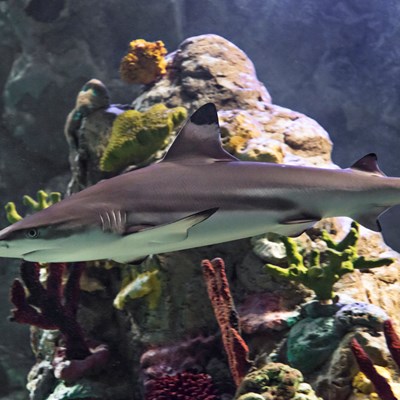 Some sharks swim constantly in the open ocean, while others prefer to rest in the sand. At SEA LIFE, you can watch sharks swim overhead among schools of fish, or see baby sharks sitting peacefully in the sand of their exhibit. Come and learn about all different kinds of sharks, and see how they behave in their environment.

Sharks don’t have bones. They’re made out of cartilage, just like your ears and nose. Sharks’ skin feels like sandpaper.

Mochi, the Zebra shark, loves to take naps at the bottom of our ocean exhibit. She can often be found lying down where guests can get a close look.

WHOA - You Need to SEA This!