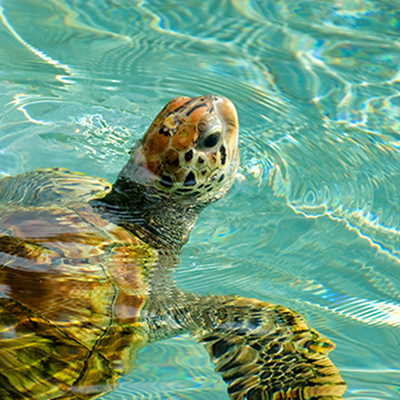 One last breath and let's dive!

The green sea turtle can stay underwater for up to five hours with a single breath and submerge for as long with a single further breath. The reason for this is that they can lower their pulse extremely and their heart only beats every 9 minutes.

There is something really fascinating about the reproduction of the green sea turtle: the temperature that prevails during the incubation of the eggs affects the sex of the newborns. For example, only males hatch at a temperature of 28 ° C; only females see the light of day at 32 ° C. 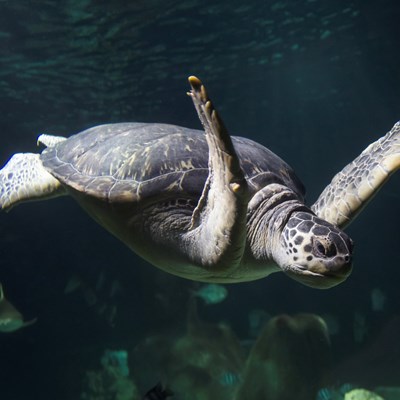 The sea turtle was eaten as a delicacy by seafarers from an early age. In the 18th century, turtle soup found its way into British kitchens and so into Europe. That is why the green sea turtle is endangered until today. The animals have been under international protection since 1988 because they are threatened with extinction. However, they are unfortunately still on the menu in some countries in Asia.