They regulate our climate, produce oxygen and store carbon dioxide.

The tallest rainforest trees can reach 80m in height!

A rainforest is characterized by high rainfall; with an annual rainfall between 250cm and 450cm. There are both tropical and temperate rainforests.

Tropical jungles are home to some of the most incredible animals in the world! From toucans to eagles, jaguars to tigers and elephants to orangutans. However it’s not all terrestrial animals. Huge rivers that slice and weave through rainforests are home to all kinds of incredible creatures, including monster catfish, crocodiles and turtles.

Red Tailed catfish use their whisker-like barbels to taste the water and find food in murky brown waters with little visibility.

Crocodiles never run out of teeth. When one falls out there is always another sitting underneath it like Russian dolls.

Poison Dart frogs use bright, vibrant colours to warn other animals how deadly toxic they are to eat. Despite the fact that our forests of the world are one of earth’s greatest biological treasures, teeming with biodiversity and natural beauty, we are losing them at a rapid rate. Rainforests once covered 14% of the land's surface; now they cover less than half of that.

25% of modern day prescription drugs are made from plants found in rainforests which is pretty amazing when you consider that scientists have still only tested less than 1% of the world’s tropical rainforest trees! So it’s safe to say that if rainforests disappear, so will many potential cures for life threatening diseases.

Most rainforests are cleared by bulldozers, chainsaws and fires. In Brazil deforestation has not only destroyed huge areas of irreplaceable rainforest habitat, but has wiped-out over 90 indigenous tribes since the 1900’s.

The Amazon rainforest collects an average of nine feet of water per year, so as layers of rainforest are destroyed, including the emergent layer which consists of trees over 500 years old and 200 feet tall, the forest floor becomes overexposed and vulnerable. When heavy rain occurs so rapidly, the soil cannot absorb enough water, so strong overland flow occurs creating flash floods and soil erosion. This also destroys the nutrients in the soil making it impossible for vegetation to re-grow there.

Deforestation occurs for a number of reasons including logging, development, to create farmland and to create plantations. 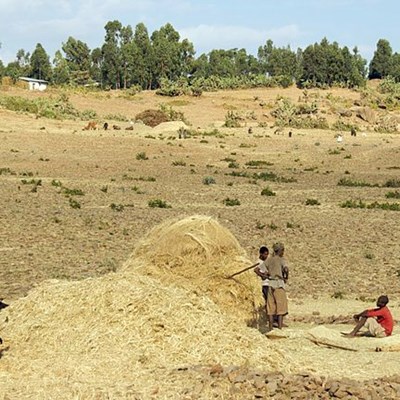 Each year large areas of rainforest are cut down to create pasture for cattle. More is also destroyed in order to create farmland to grow food for farmed livestock. Much of this feed ends up here in the UK being fed to our farm animals too.

It is estimated that around 200 square feet of rainforest is destroyed for every 1lb of beef.

If you choose British meat then you will know that it was not farmed directly on deforested rainforest land.

Organically farmed produce should have a smaller carbon footprint. Mangroves are a type of rainforest made up of special species of trees and shrubs which flourish in brackish (a mix of salt and fresh) water. Brackish water is found where rivers meet the ocean. Mangrove trees have evolved to deal with huge fluctuations in salinity (saltiness) and oxygen levels in the water; they grow up and out of the water on tall, thick, stilt-like roots.

In the water these roots create a jungle of their own; the perfect safe refuge from predators for all kinds of marine creatures. In particular they are used as a nursery ground for many juvenile marine species such as sharks, sea turtles and many coral reef fish.

Mangroves and coral reefs have a symbiotic relationship which means that they both benefit and depend on each other. Coral reefs protect the coast where mangroves grow from being eroded by the sea while mangrove trees trap sediment wash from the land which would otherwise smother and kill the reef.

Today less than half of the world’s original mangrove forest cover remains. In countries such as America, mangrove forests are being cleared out almost twice as fast as tropical rainforests.

There are many reasons for mangrove destruction including development for tourism, agricultural land and harbours. They are over-harvested for wood, overfished and polluted. However by far the biggest threat to mangroves is shrimp and prawn farming; as much as 50% of the mangrove destruction in recent years is due to clear cutting for shrimp and prawn farms.

These shrimp and prawns are being bred to supply many countries around the world, with the leading consumers including the USA, Japan and Europe (including the UK). When a farming project has run its course the land is simply abandoned; the salinity levels leave it useless for other agriculture. Hundreds of thousands of farmed hectares of shrimp and prawn farmland now lie abandoned because of disease and pollution.

Unless they have been organically farmed, they have probably come from farms built on deforested mangrove.

Look out for the Marine Stewardship Council logo when you're shopping for seafood or eating out!

Pick one up for free on your next visit! 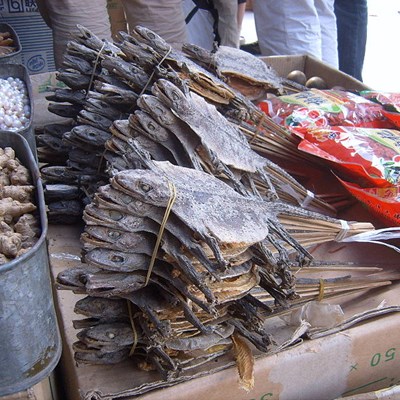 Of course all threats to rainforests and mangroves affect the animals that live in them and rely on them for survival. However habitat loss is not the only threat to many rainforest species as they are also hunted by humans for many different uses.

Cuban crocodiles are thought to be the most endangered species of crocodile. Their natural habitat has been diminished and they are hunted for their pearly, textured skin which is used to make things like handbags, shoes and even phone covers. Like many crocodile species, Cubans are also hunted for their meat. Crocodiles, alligators and caiman are often stuffed or preserved to create ornaments and souvenirs.

Sea turtles are hunted for their beautiful shells which are used to make jewellery and ornaments. Hawksbill sea turtle shells are particularly sought after because of their stunning marbled quality. Sea turtle eggs and newly hatched turtles are poached as some people consider them a delicacy. Similarly seahorses are caught and dried out to make decorations and sold to tourists.

Many rainforest and mangrove species including tigers, sharks, turtles, elephants, rays, alligators and seahorses are threatened by the traditional Chinese medicine industry. It is estimated that around 100 million seahorses are killed each year to make traditional medicines to treat ailments including asthma, impotence and skin infections. However there is no scientific evidence to show that they have any medicinal effects and seahorse populations around the world are suffering as a result.

Don’t be tempted to try traditional medicines that are made from threatened species such as dried seahorses or shark fins.

Be careful what souvenirs you buy on holiday! Some products made from threatened species may be obvious such as these crocodile skin handbags. However some might be more subtle, for example tortoiseshell jewellery is made from sea turtle shell. Many products like these are aimed at tourists.

The World Land Trust is an international conservation charity which protects the world’s most biologically important and threatened habitats, acre by acre.