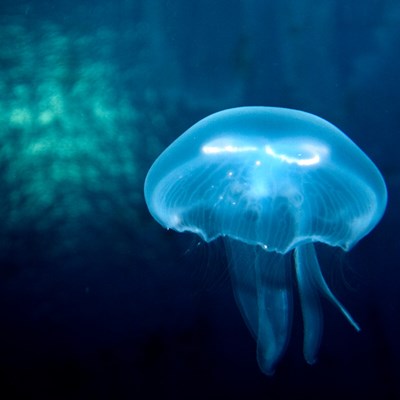 maturity. It starts life as a free-swimming planula and goes through the same process as other jellyfish of forming polyp colonies which produce ephyra through budding. However once in its jellyfish form, if it is exposed to environmental stress, is injured, sick or just getting old, this species of jellyfish can revert back to its polyp form, eventually budding once again to produce genetically identical jellyfish. In theory this process could go on indefinitely which is why this jellyfish has been named immortal. However over time even an Immortal jellyfish is likely to succumb to predation or disease ending the cycle.